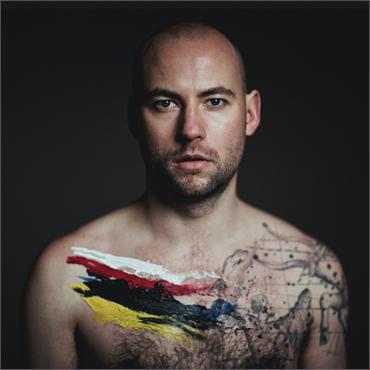 Lone Wolf began life in 2009 in various dusty rooms and tape studios around Sweden where Paul Marshall pulled his songs and ideas slowly together. After a month of various field recordings, sneaking into concert halls late at night to use the piano, setting up gear in small village churches, and other surreptitious places, the basic album tracks were done. The resulting body of work: The Devil And I, Lone Wolf’s (Paul Marshall’s musical moniker) debut, was released on Bella Union in mid-2010 to welcome arms. A new singer-songwriter to behold was born that day.

A year followed of Paul sharpening his teeth on the road, looking for a leaner, more focused sound; one he could truly call his own. Working his way solo and with a band across the UK, USA and Europe, the seeds of Lone Wolf’s second chapter were sewn.

Throughout 2011 Paul meticulously crafted a new creative template he could draw from, pooling all his experience thus far into a new melting pot; with the aim of creating music free of immediate categorisation. He called upon the talents once again of engineer James Kenosha (who mixed The Devil And I) and producer Jon Fougler to make an experimental, yet definitive, statement of an artist willing to push his own boundaries, and also an audience’s pre-conceptions. Putting narrative and his powerful vocals front and centre, the rest of the sonic canvas was free to paint as was his will.

From this liberated position, The Lovers was born. Using powerful percussion, Paul’s skilled playing of 6-string (electric) guitar and the soaring backing vocals of XL Recordings’ Blue Roses, The Lovers began to emerge from its corner as a proud, lean fighter of a record, stripping back the traditional role and sound of a singer-songwriter motif, and heading into a territory that only the likes of Mark Hollis have dared tread. Neatly enough then that during the album’s conception, Paul was called to appear – twice – upon a Talk Talk tribute charity compilation, alongside Recoil (Alan Wilder of Depeche Mode), Joan as Police Woman, King Creosote, and Richard Reed Parry (of Arcade Fire).

The Lovers showcases a truly modern yet timeless sound, epic in sonic and song writing ambition. Marshall shares an affinity with contemporaries such as Wild Beasts, The Invisible and Radiohead (having toured with Phil Selway previously). His true sound is that of an unwillingness to compromise in face of increasingly rigid structures, musically and economically, hemming proper free expressive creativity. The Lovers has the kind of conceptual and song writing bravery you turn to in the albums of yesteryear to relive, free of easy categorisation and pigeonholing – and all the stronger for it.